Can you Force Someone to Go to Rehab? Advice for Addict's Loved Ones 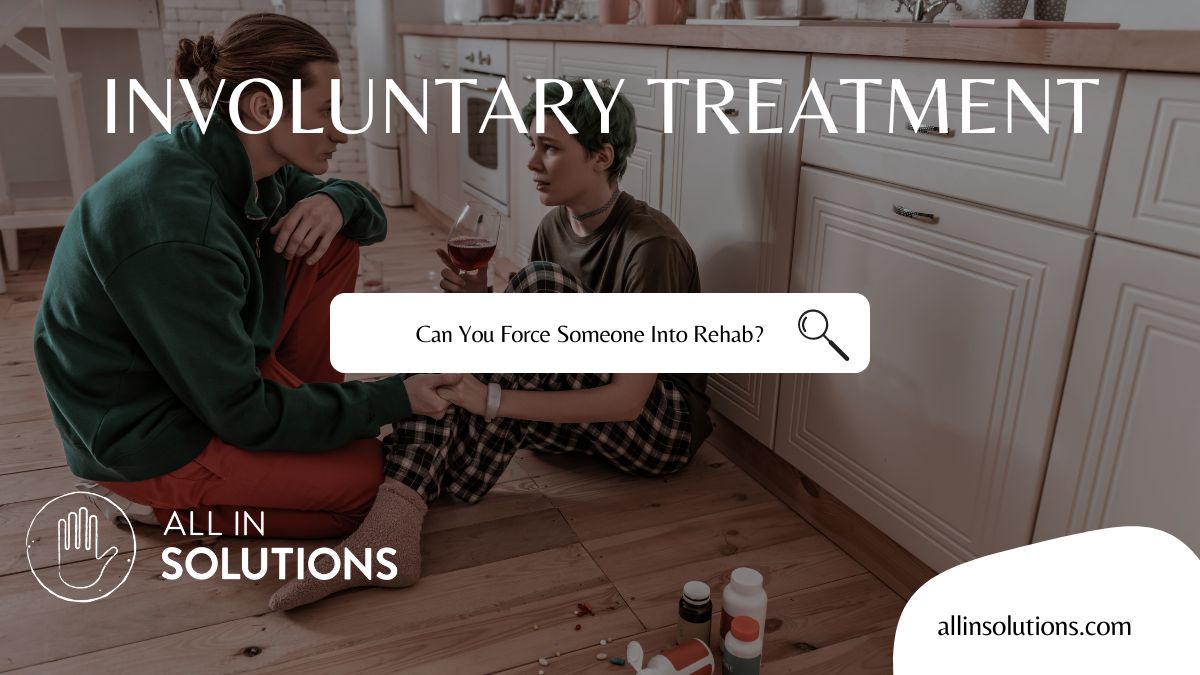 Forcing someone to go to rehab for alcoholism or drug addiction is not always a good idea. Addicts are often the last to admit that they have a problem, and some feel that they can deal with the problem on their own. However, family members may not be willing to wait for the addict to deal with his or her addiction on their own, and may want to institutionalize the person. The problem with this approach is that it is not always legal.

The process of involuntary commitment can be used to treat drug addiction, alcoholism, or a combination of those disorders. The court will first assess whether the patient has a history of substance abuse. This information can be obtained from the individual's employer, doctor, or other sources. Additionally, courts may consider a pattern of substance abuse to make a decision on involuntary commitment. This may include DUIs and arrest records.

Involuntary commitment laws vary by state, but they generally require that an addict spend at least 48 hours or 15 days in a drug rehab facility. A court will then hold a hearing and determine the appropriate course of treatment.

In Florida, there is a specific law called the Marchman Act that allows family members of an alcoholic or addict to petition the court to mandate them to treatment.To learn more about addiction treatment in Florida and how to get someone to go, readers can contact All In Solutions Counseling Center for assistance.

Interventions are often initiated by a friend or family member who wants to help their loved one. They form a planning group and prepare a clear message. They can involve professional interventionists to help them design a powerful intervention. This type of meeting can be emotional, and family members should be aware of the potential for conflict and resentment. Team members should research the substance the addict has been abusing and the various treatment programs available to them. They can then enroll their loved one into treatment.

The intervention team typically consists of four to six individuals. The members of the team can include the addicted person's family, friends, coworkers, and employers. In some cases, an intervention professional will help determine the proper mix of team members.

Effects of forced rehab on addicts

The effects of forced rehab on addicts are not always positive. Some studies have found that drug treatment can be ineffective for those who are forced to go. However, forced treatment does make the addict think about their options and assess their situation. While forced rehab is not the best option for everybody, it can help the addicted person recover.

Depending on the state, forcing an addict to go to rehab is allowed under certain circumstances. If the addict is already in trouble with the law, a family member may petition the court to require him or her to get treatment. Even if forced rehab isn't a good idea, it can save a life.

Forcing someone into rehab may be necessary to treat an addiction, but it's not always the best option. When you're concerned about a loved one, it can be difficult to know when to intervene. If your loved one is under the legal custody of your custodial parent, it can be even easier to get them into rehab. However, you must first determine whether they will be willing to participate in the treatment program and listen to its suggestions. You should also decide whether they'll benefit from the rehab experience. If they refuse to get treatment, it's likely they'll relapse. Also, forcing someone into rehab can leave the involved parties feeling disconnected and put pressure on crumbling relationships.

Legality of forced rehab differs from state to state. In some states, forcing someone to rehab may be a form of kidnapping. Other states, such as Colorado, have laws allowing involuntary commitments for substance abuse treatment. However, these laws are often a challenge to enforce because the burden of proof for such a procedure is very high.

Legality of forcing someone to go to rehab in other states

While many people see rehab as an activity that is completely voluntary, there are cases in which a court or legal representative may force someone into treatment. The person receiving the treatment may disagree with the decision and refuse to go to rehab. However, forcing someone into rehab can be illegal in some states. This is because it can place the person at risk of overdose or harming others.

Forced rehab is a way to make an addict undergo treatment for a drug addiction or alcoholism problem. While there is no denying that the situation is distressing, it can help many addicted individuals. Some states allow law enforcement to approach a rehab facility directly to make a referral. In addition to law enforcement, family members and medical professionals can approach rehab facilities directly to help their loved ones.